What’s in a Name? A Better Product, According to Ragsdale 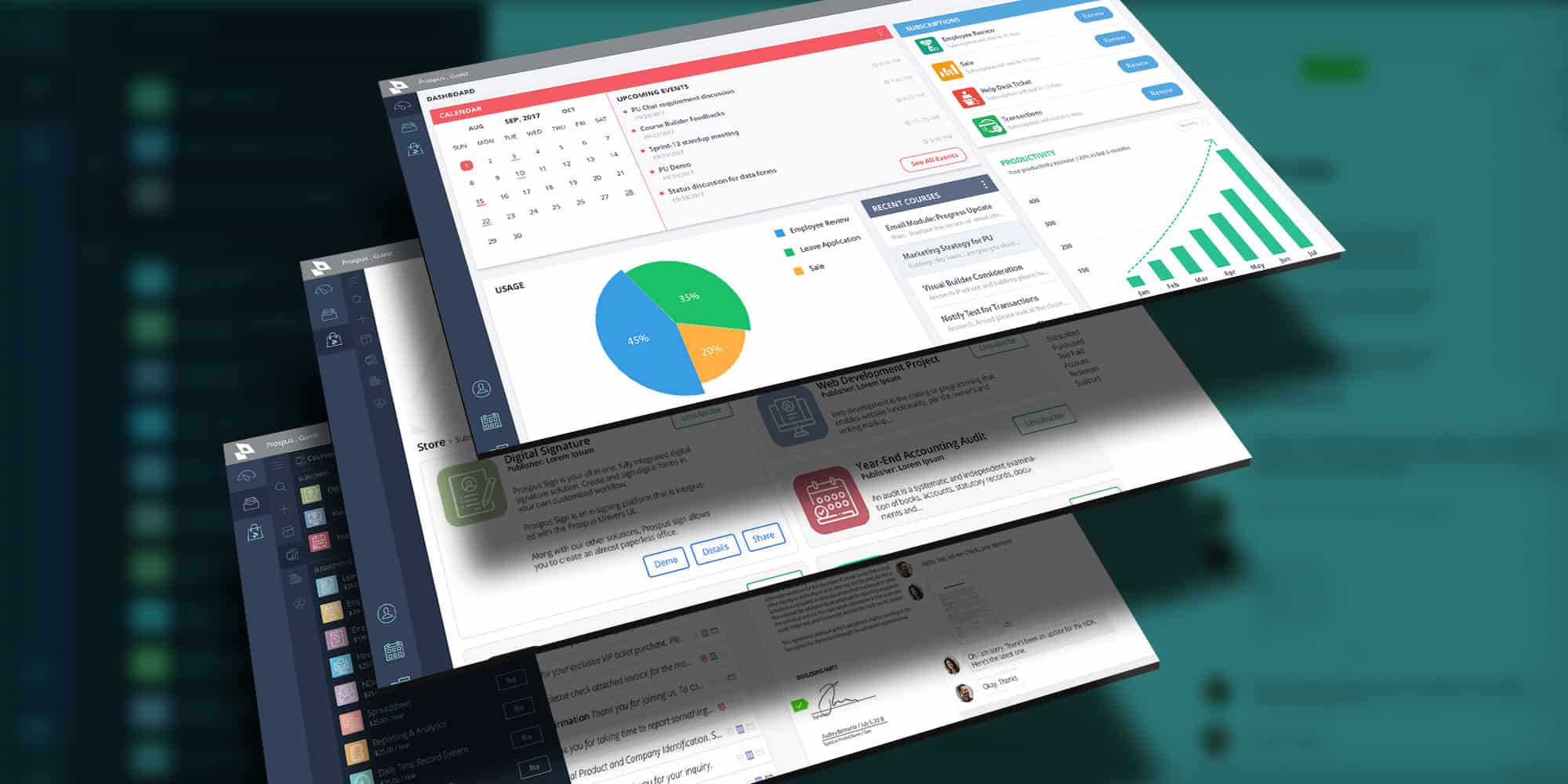 For those who have been following the progress of Prospus Universe, our flagship product under R&D since 2011, we are preparing for the next version release. For the past year, we have been using Universe internally at our Noida-based delivery center, and have been pleased with results. Direct feedback from both internal and third-party beta-test users has led to consistent improvements in the overall product. But stepping back, we have seen a clear pattern of usage and inquiries which are guiding our fifth product iteration.

Users appreciated many of the features of Prospus Universe, ultimately liking the concept of mimicking email to construct a universal user interface. The ability to control all their data was well-received. We learned quickly though that users didn’t know exactly how to use the data. Using apps without installation, as well as the unique animated stories, made it easier to understand and use, with less risk. However, in on-boarding new users, we continuously ran into difficulties explaining Universe and the ecosystem of courses. Prospective users did not respond to the terminology. On average, users required up to 3x more time to understand the product than we aimed for.

“As an engineer, the idea of the ‘universe’ being the all-encompassing, end-all framework was beyond compelling. But more than anything, I had to accept that it revealed more about my ambitions than anything meaningful our users wanted to think about”, said Marc Ragsdale, the visionary behind the Prospus Universe product. “The people around me, including mentors, employees, and clients, had actually been telling me this for a long time”, said Ragsdale, in his characteristic, self-aware style.  Ragsdale’s fixation on specific words was not without logic, revealing the depth of thinking and analysis that went into the Universe product. At their delivery center in India, Ragsdale has been known to start the day asking his team what a course was. They’d all respond in unison, “a course is a process by which actors, assuming roles, utilize resources to accomplish some objective”.

Earlier this month, Prospus decided to drop the terminology which has been with the product since 2014. Prospus will no longer call the product Universe. Technical terms such framework, course, and actor will be replaced with friendlier terminology aimed at reducing time-to-comprehension (aka “TTC”, a phrase coined by Ragsdale). What will replace them? “Terms that people get without a challenge — that’s what we’re after”, Ragsdale said. “Two months ago, I was searching for domains that contained the word I wanted. I happened upon this amazing name, and then everything fell into place. It was perfect, and actually helped clarify to me, my team, and our existing users what we are doing”.

After paying several thousands of dollars to acquire the domain, the Prospus product team set to the task of brainstorming and validating various nomenclatures. A third-party focus-testing service calculated the TTC . The results were mind blowing.  Groups understood the new terminology framework in 1/10th the time it took similar groups to understand the current terminology. Once it sunk in, the team had to begin the process of re-branding a product they had come to know and love as “Prospus Universe”, or “PU” within the company. One senior engineer said, “There were many things within Prospus Universe that we liked. But it was difficult to understand”.

With the new naming terminology, the product and pre-sales teams are busy changing documents and references within the product itself. The vision team, headed by Ragsdale himself, is re-examining all of their current assumptions in light of the new nomenclature. “There are a surprising number of changes that will ripple through the product because of this simple name change. But ultimately, this puts us one step closer to releasing the right product. We aren’t doing small things here at Prospus, we want to turn the current paradigm on its head. We can use whatever help we can get, and the right name is a great first step”, Ragsdale added. Prospus will announce the new name and messaging for Universe with its upcoming release.

Which Hosted Messaging Service is Best for Your App

Which Hosted Messaging Service is Best for Your App